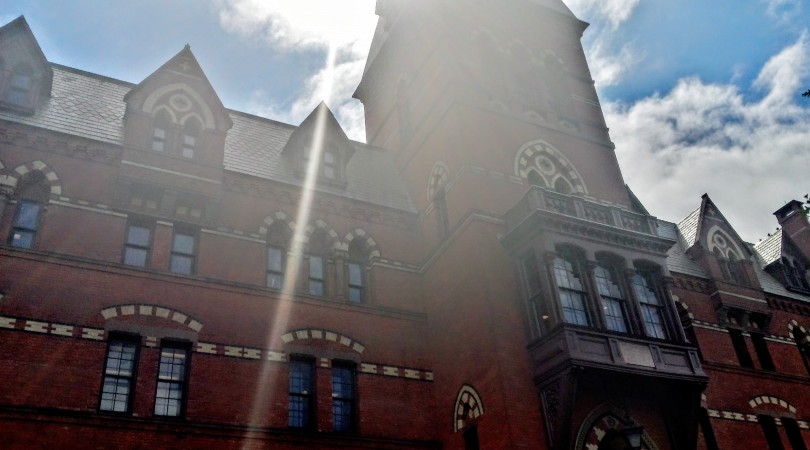 The question “which business school fits me” was one I wrestled with for two years.  I was getting out of the military at 33 years old (the average age at top business schools is ~28) and I didn’t want to walk into a corporate job.  I decided that a one year business school was for me, since I didn’t want to waste more time in academia at my age.  I could connect myself in the business school network within that year and leverage those connections to start a business of some sort.  But as I started looking, it wasn’t incredibly easy to find them in the USA.

In Europe, a one year MBA is the default.  I was stationed in Europe and speak fluent German, so I figured doing an MBA in Europe wouldn’t be out of the realm of possibilities.  I started looking up rankings of international business schools and narrowed my search to countries I would be interested in living in and could speak the language. Although all business schools use English as their language of instruction, it is always good to be able to leave the school and hold a conversation.  So I looked at IMD in Switzerland and Cambridge in England.  I reached out to a fellow vet at IMD, who I was introduced to by a West Point classmate of mine, and he gave me some insight as to how the application/interview process went and how intense the academic program is.  I didn’t have any contacts at Cambridge, but I had visited there earlier and was impressed by the campus and the prestige of the name.  However, I was later persuaded by a friend of mine who was attending IE Business School in Spain, to look at domestic American Universities again.  Essentially, the difficulty of an American going to school in Europe is similar to a foreigner going to school in America; visa issues.  If you were looking to work for a company, companies that recruit at the universities are primarily looking for candidates with whom they don’t have to deal with visas to work.  That ends up isolating foreigners and the foreigners usually end up returning to their home countries with a degree from outside of their country.  Not so bad for people from say Africa or India, returning with a well-known American MBA degree, but not so good for an American returning with an international MBA from a university that likely only 5% of people you work with know of.

So I started looking at lists of 1 year MBA programs in the US.  I wanted to exclude online degree programs because I felt I needed a classroom environment to meet other people and to stay on task.  The distractions of the internet always gets in the way of online classes for me.   I went to a few MBA conferences, where you meet a lot of different business schools and get a chance to ask questions, and I was particularly impressed by a one year program from a school called Hult.  What I liked about Hult is that they have campuses worldwide and you could attend up to three campuses throughout the year.  You could customize your broadening education, so I was thinking that I would base my studies in Boston, where the BAH for the GI Bill was high, then spend time in London, where I could make European contacts, and then Hong Kong, where I could make contacts in manufacturing.  Another school I learned about was Babson College, near Boston. Although incredibly expensive, the school is number one in Entrepreneurship and is known for creating new businesses each year.  Although these two schools peaked my interest, I didn’t end up applying in the end.

Looking at the normal 2-year rankings for business schools, from places like the Princeton Review and the U.S. News and World Report, I wanted to see if any of the top 20 schools had one year programs.  It turned out that Kellogg (Northwestern Univ.) and Johnson (Cornell Univ.) did have one year options.  I also ran into a friend that informed me about MIT’s dual degree program called LGO (Leaders of Global Operations).  The LGO offers you an MBA from Sloan business school and a Masters in Engineering, all in two years.  So two masters degrees in two years didn’t seem bad to me either.  Those were the three schools I ended up focusing my efforts on.

However, as I started applying to Johnson’s one year program called the Accelerated MBA (AMBA), I started to hear from multiple veterans that I reached out to about a new MBA program called Cornell Tech.  Johnson now had two one-year programs: one that was spent solely in Ithaca, NY (AMBA), and one that spent a summer in Ithaca and nine months in the heart of NYC (Cornell Tech).   Since I was living in West Point, NY at the time, I was able to make multiple trips down to NYC. Every time I would talk to someone about my intentions of going to Business School and I brought up Cornell Tech as a possibility, they got all excited and knew way more about it than I did.  Apparently, Mayor Bloomberg had made a huge deal about it and close to a billion dollars and a large portion of Roosevelt Island had been donated to the program since it had won a Bloomberg initiated competition among business schools to enhance the tech ecosystem in NYC and compete directly with the Silicon Valley.  I knew that I wanted to be a part of this momentous change in NYC.  So in the end, I chose Cornell Tech.