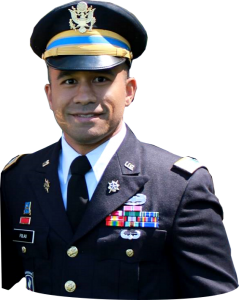 My name is Ian Folau.  I spent nine years in the Army and left to pursue my dreams of starting a business and making a name for myself.  I have an insatiable appetite for starting things and watching them grow.  I love brainstorming ideas.  However, ideas are cheap; it’s the execution of those ideas that bring in the money.  I started multiple side businesses while I was in the Army.  I’m now taking on the challenge of entrepreneurship head on as the CEO/Co-Founder of a tech company called GitLinks.  I want to succeed in my own business and I want to take you on the journey with me.

My history: I was an Army brat and was born in Germany.  My father retired as a Sergeant Major in the Army and I along with my two brothers attended West Point.  I served in the 173rd Airborne Brigade and the 82nd Airborne Division and taught German as an assistant professor at West Point.  I left the Army in 2015 to start business school at Cornell University’s new MBA program, Cornell Tech in NYC.  From there I found my cofounders and went off to build a startup company with them.  I am also the NYC chapter lead for the non-profit organization VetsInTech.  I have a wonderful wife that supports me with my crazy ventures half the time and four awesomely fun boys.