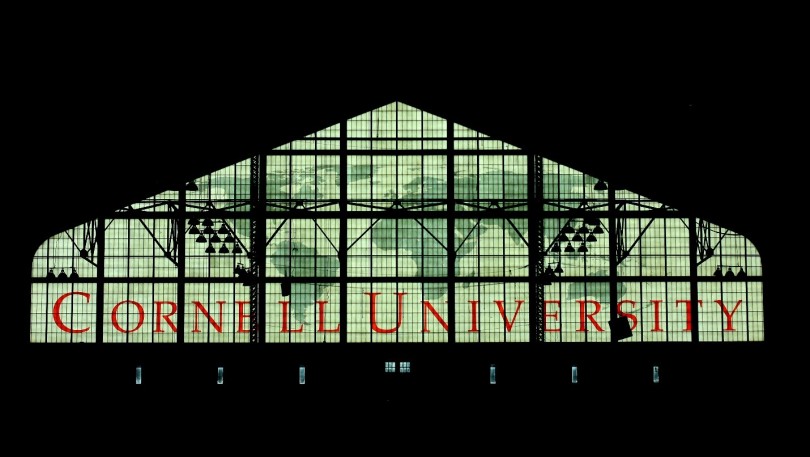 — This post is very personal to my situation, attending business school at Cornell Tech, which is part of Cornell’s Johnson School of Management.  The original post I made for Johnson is found here.  Please reach out to me if you have any questions about attending Johnson or Cornell Tech. As you’ll read, it has been a great experience for me. —

After serving nine years as an officer in the U.S. Army, I’ve seen hundreds of service members leave the military and try to find a new path in the civilian world. As a veteran, you might be considering an MBA as the next step for your career.

At Johnson, I viewed my MBA as a training school or preparing myself to take on a new job; as if I was changing my MOS. In reality, the experience has been much more personal and enriching than I could have anticipated.

Here are 7 takeaways for veterans considering an MBA at Johnson:

1. You will be respected

When leaving the service, there is often a fear as to how you will be received by civilian population.

Will I be perceived as lacking business skills or corporate understanding?

Will I be seen as a trained robot without the ability to think independently?

My experience with classmates and staff at Cornell has been overwhelmingly positive. I am also often approached by international classmates who mention my service and have positive observations of American military service and dedication.

2. You might be the only one with a family

I have three children. This is not the norm in business school, and is likely due to a difference in culture between the military and civilian world. It is common for military folk to get married relatively young in their careers and have children soon after.

Although I am one of very few to have kids in the Johnson Cornell Tech program, my classmates love seeing my kids and have plenty of polite and enthusiastic questions for me about family life.

3. You’ll be grateful you can stay calm under pressure

At West Point I learned to wake at 0530, work out, polish shoes, prepare a uniform, tidy a room/bed, meet with and train my subordinates, take 20+ credits in classes, go to three hours of sports practice, and complete more than four hours of homework each day.

When I entered the Army and was deployed to Afghanistan, I was prepared to take stress in stride. I learned to think straight under pressure and prioritize.

As a student, I am grateful for these skills and to the military for instilling these tools. Graduate school is full of demands; from a heavy course load to extracurricular activities. Expect to have a quiz, final, or project on a weekly basis.

Thankfully, military nature has taught me to tackle problems as they come and not to overcomplicate things.

4. You already have business finesse

I have been asked by classmates to give a seminar on discipline, and it’s clear that discipline is a respected trait for your MBA and future endeavors.

You’ll hear staff advising students to be on time as an outward depiction of your dedication and responsibility. This habit is a military vet’s habit to lose. You’ve had it beat into you as a service member, why not keep it up? The business world respects you for it.

5. You know more about leadership than you realize

In the Army, it became cliché to say that I was becoming a leader. Everything was about leadership – we read books, attended classes, and received mentorship on how to lead correctly. We learned how to turn groups of strangers into cohesive teams willing to put their lives on the line for one other.

Now, in my MBA, I lead without realizing it’s even happening. I lead a group from school in business idea brainstorming. I lead teams in weekend business creation competitions. I have been asked on multiple occasions by classmates for advice on my leadership style.

I was initially concerned that my military-learned leadership style may not work in a civilian environment. I have found that to be untrue. The one thing we don’t talk about, but do, is lead with emotional intelligence. Great veterans understand our peers and lead with understanding and empathy.

The admissions process at Cornell was amazing. When I arrived on campus, the first thing I received was a contact list with every veteran at the school. The veteran network at Cornell is collaborative and helpful.

I spoke with five different veterans during my application process and received guidance on what to write, how to interview, and which program to choose. I find myself trying to find ways to pay this forward.

As a student, I am constantly being introduced to fellow vets. The veteran network at Cornell is amazing and the history of military relations runs deep at the University.

When researching business schools, I sought out those that accept the GI Bill and are participants in the Yellow Ribbon Program.

When reviewing aid options, I was surprised to see how generous Cornell University’s contribution to the Yellow Ribbon Program is. In fact, it was the highest of all of the schools that I been considered.

In speaking to Johnson veterans that were ineligible for the Yellow Ribbon Program, I found that a large majority were offered scholarships or fellowships that covered a majority of their tuition. Admissions staff firmly believes that veterans bring a very unique skillset to our community and want to encourage more to consider Johnson.

Learn more about the veteran community at Johnson.